Tasty and nutritious, Asian cuisine is rightly popular all over Australia. However, it can be tricky to get the authentic flavour of noodles that you might experience in an Asian restaurant. One of the mainstays of Oriental cooking, there are plenty of different sorts of noodles and each should be cooked differently. If you want to produce them at home just like you would get from your favourite restaurant, then read on.

Boil a pan of water and once it is bubbling remove it from the heat. Place your dried egg noodles into the water carefully so that they don't snap. The hot water is enough to soften them after a few minutes without the need to continue to boil the water. Add a pinch or two of salt to the pan and stir once or twice with a delicate motion. When the noodles have softened, it is advisable to gently remove them with a pair of tongs and strain them with a colander. Ideally, dried egg noodles will retain a little starch so that they are 'al dente' like pasta. Thinner noodles are easier to overcook, so beginners should start with thicker ones. Serve with a light dressing of sesame seed oil and some soy sauce.

This type of noodle is cooked in many a Chinese restaurant in Australia and the trick to preparing them properly is to pre-soak them. Like egg noodles, they cook best in water that has only just been brought to the boil, but they need to be softened first. Allow them to sit in cold water for at least half an hour before cooking. Only a few minutes of cooking time will then be needed. When serving them in a salad or as an ingredient in a soup, it is often best to serve them cold. Run the cold tap over them after cooking to cool them down rapidly.

Popular in Japan, soba noodles are long and straight, resembling a buckwheat version of spaghetti. Like the other noodles mentioned, they can be ruined by overcooking. Therefore, only place them in hot rather than boiling water. In Japan, many households boil water and then add a cup of cold water to the pan before placing the soba noodles in which helps to prevent overcooking. Allow five minutes for them to soften sufficiently. When serving soba noodles sprinkle over some sesame seeds and garnish with parsley or coriander, depending on your preference. 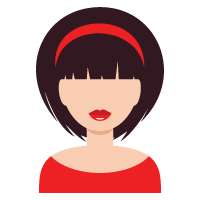 Welcome to my blog. My name is Elizabeth Martin, and I have always loved to cook. The right food can be cheering or comforting, or it can provide a new perspective on culture and culinary methods. In this blog, I plan to write about cooking and food, and I plan to cover it from a range of angles. I am married, and we have one son, Toby. He is three now and starting to try new foods, and I may write some blogs on cooking for little ones as well. I hope that you like these posts. Thank you for reading!